What relationship goals have you and your partner already achieved? This song can motivate you to work on strengthening your love for each other. That way, your relationship can withstand the challenges that couples are bound to face. 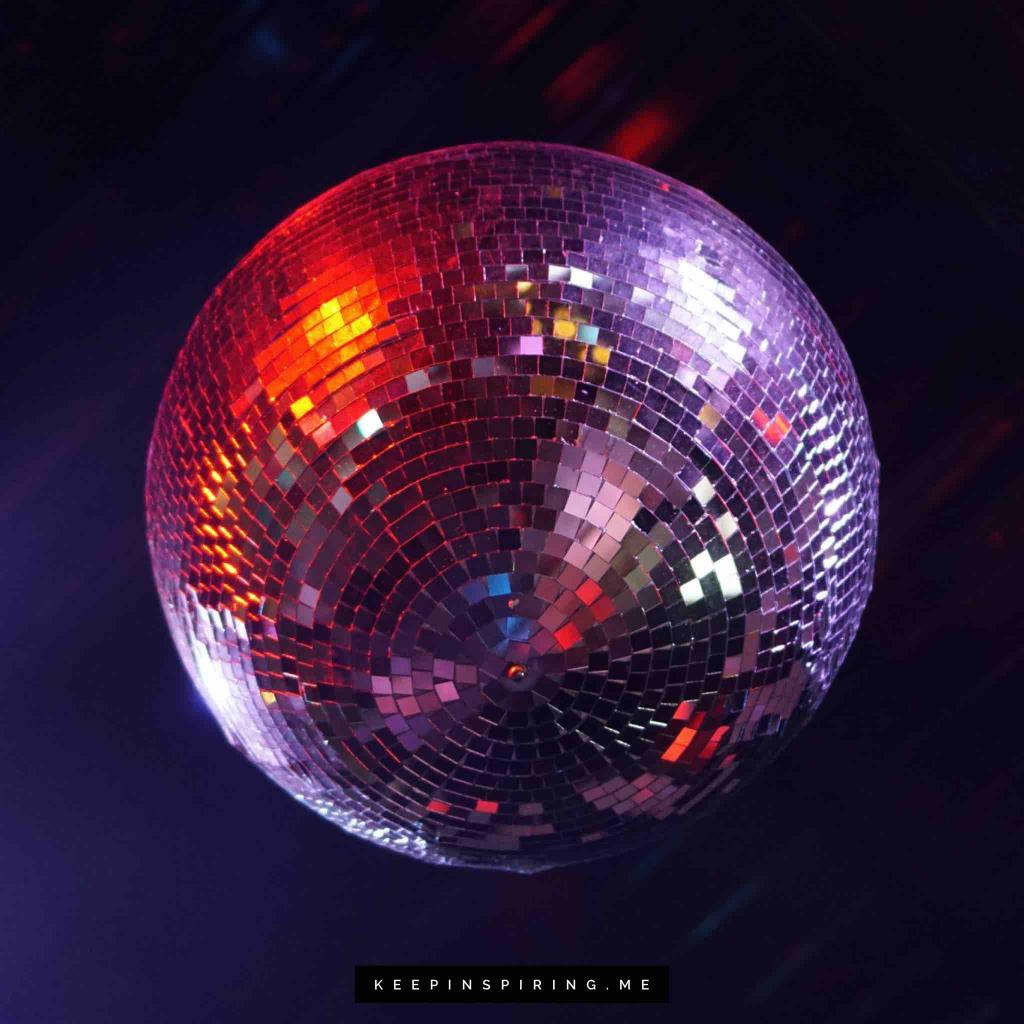 This classic motivational anthem which was written during a difficult period in Destiny Child’s career. The song was actually inspired by a pun made on a radio station show about the fact that three members had already left the group, comparing the band to the reality game show Survivor.

This one is packed with simple words of wisdom for when things go beyond your control. Paul McCartney, who wrote and sang the song, said he got the idea for Let it Be after he had a dream about his mother during a tense period when the band was recording The White Album in 1968. His mother had died of cancer when he was just 14 years old. She is the “Mother Mary” referred to in the lyrics.

British rapper and MC Skepta might be little known outside the UK, but his words certainly offer encouragement and strength to anyone, anywhere who is facing the seemingly insurmountable. Released 1 January 2012, the lyrics to Hold On are all about facing the haters and succeeding anyway.

There’s no better song to prepare ladies for big, scary life-events than this song. The inspiration for Girl on Fire came from Alicia Keys’ marriage to Swizz Beatz, and the birth of their son Egypt. Released in September 2012, the song was released in its original version and two remixes (including one featuring fellow boss babe Nicki Minaj).

This list wouldn’t be the same without a classic tune from Eminem. Lose Yourself was written by the rapper for the soundtrack to the 2002 movie 8 Mile, and sum up the background of Eminem’s character B-Rabbit perfectly. It incorporates several aggressive themes in an accessible way, ultimately revealing the way that the character triumphs over adversary and struggle to gain success and the respect of others. This is the perfect song for when life feels more like a boxing match than a walk in the park.

5. Don’t Give Up – Peter Gabriel and Kate Bush

Inspired by the Depression-era photographs of Dorothea Lange, this chilled classic features a Peter Gabriel’s description of absolute despair on one hand and Kate Bush’s solace-filled words of hope and encouragement on the other.

English musician Peter Gabriel came across Lange’s images of poverty-stricken Americans in dust bowl conditions in a 1973 book called This Proud Land. He felt that a song based on them was appropriate to the difficult economic conditions faced by many people in England under Margaret Thatcher. Gabriel originally approached American icon Dolly Parton for the duet, but when she turned it down it was released as a single with Kate Bush in 1986.

Forget the verses, this chorus of this song can be applied to all those horrible situations where you have just been disappointed after putting your energy/resources into something that doesn’t work out. Produced by Timbaland and released in February 2000, Try Again was the lead single from the soundtrack to Romeo Must Die.

Tragically, Aaliyah was killed in an airplane crash the following year, and she was never able to fulfil her full potential as an actress or singer. This single is closely tied to her legacy, with its inspiring chorus and catchy beat that you can dance to.

7. Survivor – Eye of the Tiger

The instantly recognizable opening sequence of this classic song is enough to pump you up and get you going! This is a firm favorite motivational song among runners and athletes, partly because it was used as the theme song for the movie Rocky III. With its catchy opening riff and inspiring lyrics, Eye of the Tiger went on to become one of the biggest tracks of 1982. Whether you need to tackle a huge flight of stairs (like Rocky), clean the house, or get pumped for your next marathon, Survivor is a great place to start.

Or “The Song for Change”, depending on how you look at it. If you find yourself at a crossroads in your life, needing the motivation to make a change, this is a song you might be able to relate to. From the album How I Got Over by American hip hop band The Roots, Now or Never is all about starting fresh, turning a new page, and moving on.

You might never have heard of Fort Minor, but you’ve probably heard the voice of their singer. The side project of Linkin Park’s co-lead vocalist Mike Shinoda, Remember the Name is a super catchy song that is sure to get stuck in your head. Released in 2005, the song was used in the media and for sports coverage in 2006. A song for hustlers, this is the perfect song to give you the motivation you need, whatever the obstacle you’re facing.

If you’re looking for an upbeat, motivational tune guaranteed to get you hyped up and ready to face that hurricane that life is throwing your way, you’ve just found your song! Switchfoot are an American rock group from San Diego California, who started out on the Christian rock scene. Hello Hurricane was the title track from their 2009 album, and its an essentially a song about singing into – or facing – a storm head on.

What better song to listen to when you’re feeling defeated and down on your luck? She might sing like a wounded lover (Rolling Stone’s words, not mine), but you certainly can’t help but feel the strength of Kelly Clarkson’s resolve as she powers through this chorus.

Released in early 2012, Stronger (What Doesn’t Kill You) is all about empowerment and recovery after heartbreak. You don’t have to be going through a breakup to enjoy this catchy, uptempo song though, as its positive vibe is perfect for so many of the obstacles life throws our way.

One of my personal favorites on this list, because it got me through a trying time of my own, Fight Song is a motivational anthem! Here’s what Newsweek had to say about this song: “there’s such a thing as a breakout moment for a brand-new artist, where they come out of nowhere and all of a sudden everybody is singing this song.”

Recorded by American singer-songwriter Rachel Platten, it was released in 2015. The lyrics of Fight Song are full of optimism and positivity, making it the perfect accompaniment to gearing up for the challenges that lie ahead.

This list would not be complete without this motivational, chilled out anthem from musical legend, Bob Marley. The song originally appeared on The Wailer’s 1973 album Burnin’ and was inspired by the poverty Marley witnessed while on tour in Haiti.

Don’t be fooled by the laid-back beat of Get Up, Stand Up, the lyrics are so poignant that they have become one of the biggest Human Rights anthems of our generation. This song was also the last song Bob Marley ever performed on stage, on 23 September 1980 in Pennsylvania.

Here’s a song for the dreamers. This catchy little gem from the UK’s grime scene is as motivating as it is compelling. It might just be song you needed to hear to give you the push to go out and chase that dream, work that extra hour on your project, apply for funding, or take that class and start on a journey to self-improvement. It’s impossible not to be inspired by these lyrics!

Empowerment is the theme of this techno track by the Queen of Pop. Taken from her tenth studio album Confessions on a Dance Floor (2005), Jump is all about self-empowerment and self-sufficiency while looking for a new relationship. With its inspiring lyrics and subtle tributes to the Pet Shop Boys, this song is the musical equivalent of a push up the backside.

“Don’t you know that there ain’t no mountain high enough. Ain’t no valley low enough, ain’t no river wide enough. To keep me getting to you, baby”. These lyrics make it so clear. There is nothing so huge or deep that has the power to stop you. So overcome your fears, get over your failures and step up. Start working on what you always wanted to do.

Only you can let yourself be motivated. Until you want to be inspired, no one can help you. No matter how much someone tries, your will power decides your spirit. Even if the world is against you, it is you for whom you need to go on.

“Who’s gonna save the world tonight? Who’s gonna bring you back to life?” No one is powerful enough to push you to do something. All they can do is tell you to want to do and remind you that you are strong. So, it is up to you to push yourself, or let yourself be pushed.

What a wonderful world – Louis Armstrong

How could this song miss the list of motivational songs in English? This sing is immensely inspirational. When you consider how long this song has lasted, it is terrific. It was first released in 1967. This song has been recorded multiple times by multiple singers due to its beauty.

“The colours of the rainbow so pretty in the sky”. Have you ever looked at the colours nature shows us? Life is not black and white. There is so much colour that it inspires you to believe life is beautiful. The colours of nature itself can motivate you for life.