Giving executives too many metrics at an early stage can be overwhelming and frankly unnecessary. The main goal is to indicate how the application security program is compliant with internal policies and show the impact in terms of reduction of vulnerabilities and risks and increased application resilience. A web application is software that runs on a web server and is accessible via the Internet. The client runs in a web browser. By nature, applications must accept connections from clients over insecure networks. This exposes them to a range of vulnerabilities. Many web applications are business critical and contain sensitive customer data, making them a valuable target for attackers and a high priority for any cyber security program.

The evolution of the Internet has addressed some web application vulnerabilities – such as the introduction of HTTPS, which creates an encrypted communication channel that protects against man in the middle (MitM) attacks. However, many vulnerabilities remain. The most severe and common vulnerabilities are documented by the Open Web Application Security Project (OWASP), in the form of the OWASP Top 10.

Application Programming Interfaces (API) are growing in importance. They are the basis of modern microservices applications, and an entire API economy has emerged, which allows organizations to share data and access software functionality created by others. This means API security is critical for modern organizations.

APIs that suffer from security vulnerabilities are the cause of major data breaches. They can expose sensitive data and result in disruption of critical business operations. Common security weaknesses of APIs are weak authentication, unwanted exposure of data, and failure to perform rate limiting, which enables API abuse.

In cloud native applications, infrastructure and environments are typically set up automatically based on declarative configuration—this is called infrastructure as code (IaC). Developers are responsible for building declarative configurations and application code, and both should be subject to security considerations. Shifting left is much more important in cloud native environments, because almost everything is determined at the development stage.

Cloud native applications can benefit from traditional testing tools, but these tools are not enough. Dedicated cloud native security tools are needed, able to instrument containers, container clusters, and serverless functions, report on security issues, and provide a fast feedback loop for developers.

Application security is the process of developing, adding, and testing security features within applications to prevent security vulnerabilities against threats such as unauthorized access and modification.

Application security is important because today’s applications are often available over various networks and connected to the cloud, increasing vulnerabilities to security threats and breaches. There is increasing pressure and incentive to not only ensure security at the network level but also within applications themselves. One reason for this is because hackers are going after apps with their attacks more today than in the past. Application security testing can reveal weaknesses at the application level, helping to prevent these attacks.

Application security in the cloud

Application security in the cloud poses some extra challenges. Because cloud environments provide shared resources, special care must be taken to ensure that users only have access to the data they are authorized to view in their cloud-based applications. Sensitive data is also more vulnerable in cloud-based applications because that data is transmitted across the Internet from the user to the application and back.

Mobile devices also transmit and receive information across the Internet, as opposed to a private network, making them vulnerable to attack. Enterprises can use virtual private networks (VPNs) to add a layer of mobile application security for employees who log in to applications remotely. IT departments may also decide to vet mobile apps and make sure they conform to company security policies before allowing employees to use them on mobile devices that connect to the corporate network.

Another issue is whether any tool is isolated from other testing results or can incorporate them into its own analysis. IBM’s is one of the few that can import findings from manual code reviews, penetration testing, vulnerability assessments and competitors’ tests. This can be helpful, particularly if you have multiple tools that you need to keep track of. 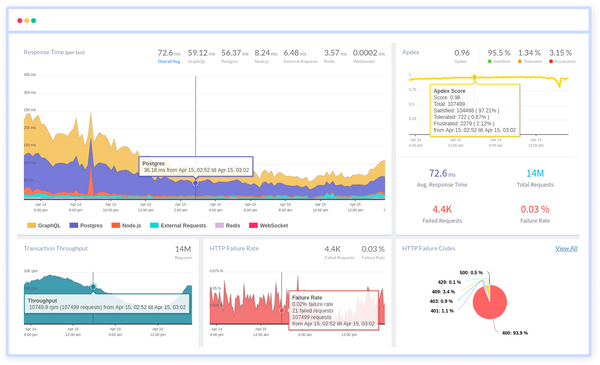 What is application security? A process and tools for securing software

Application security is the process of making apps more secure by finding, fixing, and enhancing the security of apps. Much of this happens during the development phase, but it includes tools and methods to protect apps once they are deployed. This is becoming more important as hackers increasingly target applications with their attacks.

Application security is getting a lot of attention. Hundreds of tools are available to secure various elements of your applications portfolio, from locking down coding changes to assessing inadvertent coding threats, evaluating encryption options and auditing permissions and access rights. There are specialized tools for mobile apps, for network-based apps, and for firewalls designed especially for web applications.

Why Application Security is Important?

Today’s applications are frequently available over multiple networks and connected to the cloud, they are more vulnerable to security attacks and breaches. There is increasing pressure and incentive to assure security not only at the network level but also within individual applications. One explanation for this is because hackers are focusing their attacks on applications more now than in the past. Application security testing can expose application-level flaws, assisting in the prevention of these attacks.

The faster and earlier you can detect and resolve security concerns in the software development process, the safer your company will be. Because everyone makes mistakes, the trick is to identify them as soon as possible.

Application security tools that integrate with your development environment can make this process and workflow much easier and more efficient. These tools are especially beneficial for compliance audits, as they can save time and resources by detecting issues before the auditors notice them. The changing nature of how enterprise applications are built over the last many years has aided the rapid expansion of the application security industry.

The kind of measures an AppSec team takes to secure an app depends on the type of application involved and the relative risk. For example, public-facing Web applications with mission-critical or customer data are at a high risk and should be protected by stronger security measures than an internal, non-Web-facing application that doesn’t contain any sensitive data. Some of the most common types of application software that AppSec teams will need to secure include the following:

Applications that run in public or private clouds introduce additional security risks above and beyond those associated with on-premises applications. In addition to the measures outlined above, cloud apps merit the following:

Most web application attacks are unpredictable. The COVID-19 outbreak is a significant contributor to the unprecedented rise in such attacks. The pandemic-induced lockdown pushed companies to adopt a remote work framework which became the new norm gradually. Vulnerabilities in web applications raise significant security concerns, which can escalate into a full-scale attack if neglected. Recently, a cyberattack on T-Mobile led to a massive breach of data on millions of customers. The stolen data is being actively sold in the market. 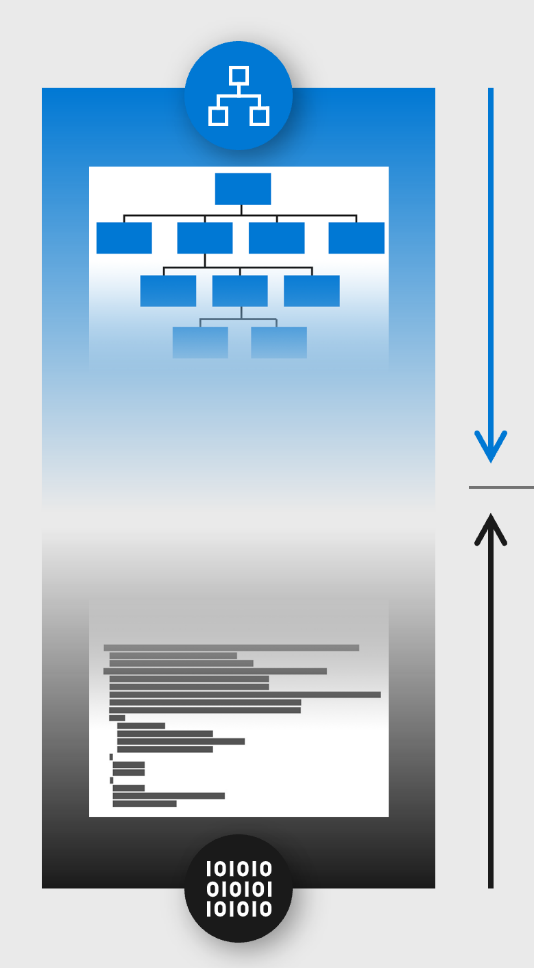 Applications and the data associated with them ultimately act as the primary store of business value on a cloud platform. While the platform components like identity and storage are critical elements of the security environment, applications play an outsize role in risks to the business because: 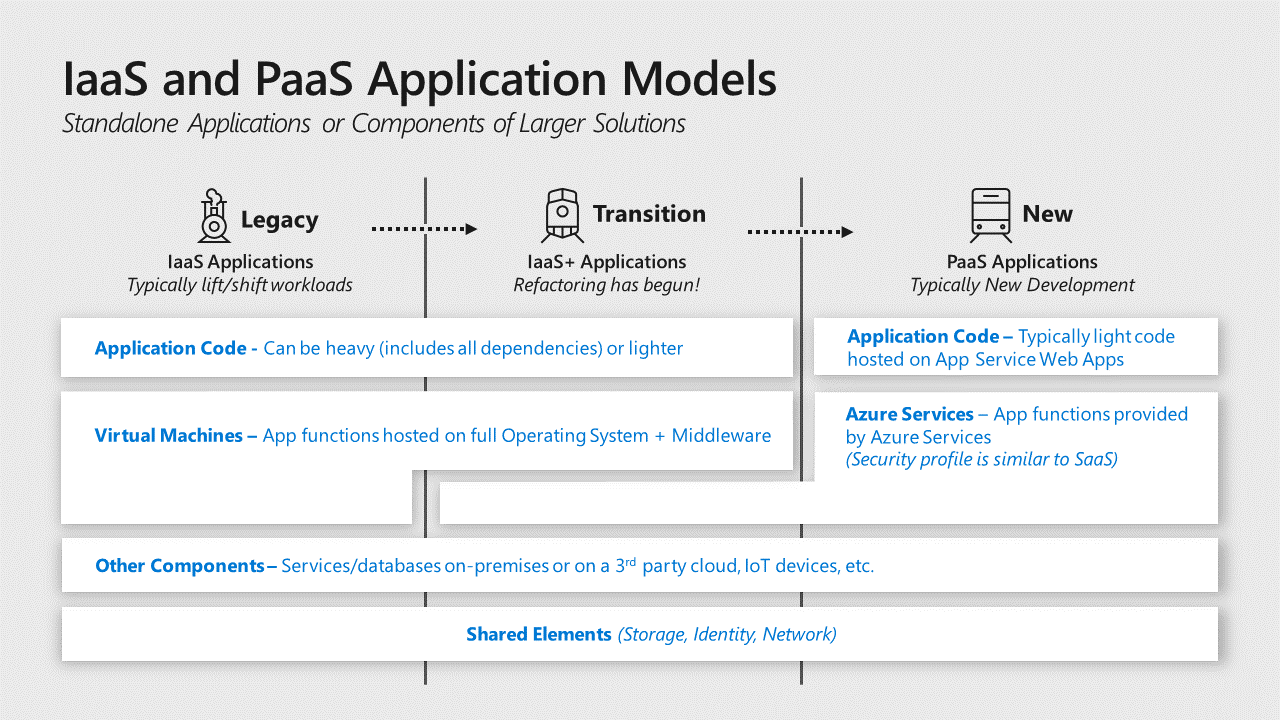 Modern Platform as a Service (PaaS) applications don’t require the application owner to manage and secure the underlying server operating systems (OSes) and are sometimes fully “Serverless” and built primarily using functions as a service.

Application Code – This is the logic that defines the custom application that you write. The security of this code is the application owners’ responsibility in all generations of application architecture including any open-source snippets or components included in the code. Securing the code requires identifying and mitigating risks from the design and implementation of the application as well as assessing supply chain risk of included components. Note that the evolution of applications into microservices architectures will break various aspects of application code into smaller services vs. a single monolithic codebase.

Application Services – These are the various standardized components that the application uses such as databases, identity providers, event hubs, IoT device management, and so on. For cloud services this is a shared responsibility:

Application Owner – The application owner is responsible for security implications of the configuration and operation of the service instance(s) used by the application including any data stored and processed on the service.

Application Hosting Platform – This is the computing environment where the application actually executes and runs. In an enterprise with applications hosted on premises, in Azure and in third-party clouds like Amazon Web Services (AWS), this could take many forms with significant variations on who is responsible for security:

Legacy Applications typically require a full operating system (and any middleware) hosted on physical or virtualized hardware. The virtual hardware can be hosted on premises or on Infrastructure as a Service (IaaS) VMs. This operating system and installed middleware/other components are operated and secured by the application owner or their infrastructure team(s).
The responsibility for the physical hardware and OS virtualization components (virtualization hosts, operating systems, and management services) varies:

IaaS – The cloud provider is responsible for maintenance and security of the underlying infrastructure and the application owner’s organization is responsible for the VM configuration, operating system, and any components installed on it.

Containers are an application packaging mechanism in which applications are abstracted from the environment in which they run. These containerized applications fit into either the legacy or modern models above depending on whether they are run on a container service by the cloud provider (Modern Applications) or on a server managed by the organization (on premises or in IaaS). See the container security section below for more details.

Benefits of Web Application Security in 2021-22

Web application penetration testers responsible for strengthening the security measures consider every possible scenario of a cyberattack and how they should act. Their training empowers them to think like a cybercriminal and produce a quick and effective solution on time. Make sure that you determine the goals of application security in advance. It will ensure that your cybersecurity team is aware of the primary threats and priorities.

Additionally, when hiring a web application penetration tester, ensure they have credible certifications. A certification like EC-Council’s Web Application Hacking and Security Training would revolutionize the status of cybersecurity and vulnerability assessment for your company.

EC-Council’s Web Application Hacking and Security Training Certification specializes in ethical hackers who wish to add a specific niche to their existing skills. The program doesn’t only focus on web application vulnerabilities through automated tools and techniques, but it goes beyond the conventional cybersecurity programs to enable your workforce to learn, hack, test, and secure web applications.

The course is designed in the style of capture-the-flag challenges. But unlike these competitions, the challenger finds the freedom to follow an instructor as they progress in the leaderboard. The course design and layout cover all the vital web application security best practices. The certification will prove ideal for every aspiring web application penetration tester as well as organizations looking for new ways to strengthen their cybersecurity teams.

Get Certified as a web application security expert! Register Now!